Check out a writer profile of Laura at Spank the Carp.

Quitting Cigarettes to Become a Blood-Drinker at Danse Macabre

Misfit Doc at Queen Mobs Tea House: Sorry for Abandoning You on the Lease After We Watched All Of “Girls” Together

At The Rumpus, The Diary of Anaïs Nin While Binge-Watching Broad City

We Hate You, Eva Jurzwiak

“Alumni News,” a piece of flash fiction in Spank the Carp #14

“Maggie May” in The Coe Review

Forgotten Language appears in the Autumn 2010 edition of The Battered Suitcase.

Five Issues That Didn’t Get Resolved When We Turned into Vampires  at the Vignette Review(Nominated for a Pushcart Prize, 2016)

These 5 Life Hacks Will Save You Pennies Per Month, Which Is Actually Futile Considering the Crushing Weight of Your Student Debt

Deep journeys into the psyche with Chaya Bhuvaneswar

Deconstruction and Rebirth in the Poetry of Caseyrenée Lopez

“Life After Rugby” by Eileen G’Sell, published at jmww.

Book review: “The Walmart Book of the Dead” at the Same.

Teju Cole challenges us to locate our own “Blind Spot”

A Tale of Two Flânueses : We want more history and less Lauren Elkin

Review of devorah major’s “and then we became”

The real danger of Harry Potter has nothing to do with witchcraft.

A review of short story collection “Heartbreaker” by Maryse Meijer

The Book I Read Before I Was Ready: The Red Tent by Anita Diamant

Behind the Words: Interview with Jenn Storey

Protest to Protect Net Neutrality at ROAR: Literature and Revolution by Feminist People

Journalism piece about Representation in Podcasts at The Toast

Milkman by Anna Burns: a soundtrack to street harassment

Essay on student debt at The Rumpus, January 2019

The ABCs of Poetry at Spry Literary Journal: J is for Joypopping

Must Love Dogs at the Sunlight PressB-Side on Memoir Mixtapes, Vol 5: “Landslide”

Mowgli at the Promenade at Hot Metal Bridge

The Cost of Light at Dime Show Review

Being a writer makes me a bad Buddhist

August is about bodies

A Case For Reading Outside Your Genre, Or How I Learned To Stop Worrying and Love the Bomb

The Personal, the Political, and Being a Woman at Work

Writing is my ritual. My desk is my altar

The Rewards of Re-Reading “Body Bereft” at Solstice Literary Magazine.

In Praise of Indoor Spaces: A Photo Essay

A photo and a work of fiction in the International Woman’s Day 2015 edition of The Camel Saloon.

Maxims, or Pardon the Eccentric at Winedrunk Sidewalk 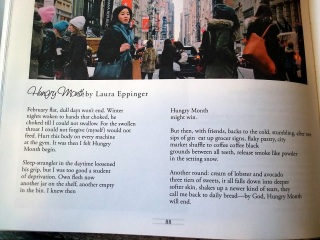 The Ballad of Mileva Einstein at Anti-Heroin Chic

“A Prayer for Kimeelah” in SPANK the CARP #6

Laura had a poem in Cactus Heart 8.5, the print edition: 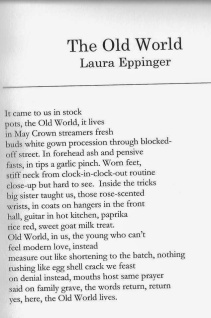 One poem in California State Quarterly, Vol. 40 No. 1: 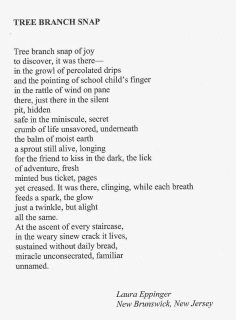 A poem up at Thunderclap Press in March 2014: 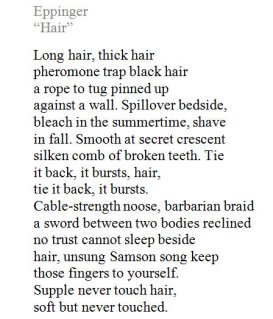 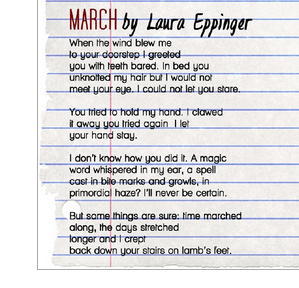 In May 2013, Laura’s poetry was featured in the annual print edition of Freshwater Poetry Journal. 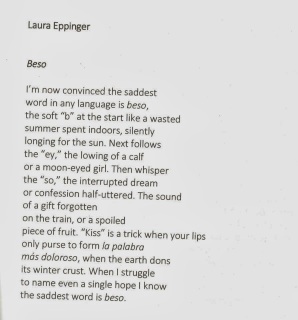 Also in spring 2013 Chuffed Buff Books put out an anthology, Journey to Crone, which features her poem “Daughters.”